Visionary Fiction: What is this fiction genre anyway? Part 3

This is a four part series describing the increasingly popular fiction genre of Visionary Fiction. (you can read Part 1 here and Part 2 immediately below this post.)

Visionary Fiction is like the legendary Celtic Imram, the soul's voyage. The drama and tension of the characters’ adventures is one layer of the tale. All of the usual elements of suspense, conflict, even romance and mystery, are interwoven in the plot. The other layer, deeper and more archetypal, is that mystical inner journey of spiritual awakening. In Visionary Fiction, esoteric wisdom is embedded in story so that the reader can actually experience it, instead of merely learning about it.

When written well, visionary Fiction does not proselytize, evangelize, coerce, or feel dogmatic. Often relegated to the genre of Fantasy, Inspiration, or Spirituality, it contains elements of all three. But the story line is generally more concerned with the protagonist’s internal experiences where non-logical methods – such as visions, dreams, psychic phenomena, past life remembrances, or forays into uncharted planes of existence – are the unique catalysts for radical shifts in perception. Characters explore alternative dimensions, sometimes willingly and sometimes not. They break from our everyday conditioned reality to glimpse a more enlightened doorway into unconventional perspectives.

It is a recent genre, and despite the fact there are not many Visionary Fiction novels out there, there is a rapidly growing interest in it. Take the world of priestesses and the sacred ancient sites of Glastonbury from Marion Zimmer Bradley’s “The Mists of Avalon”. Morgaine, the main character, is a priestess of the “Old Ways”, the ancient Goddess religions. The legend of King Arthur and the quest for the elusive Holy Grail – that divine receptacle of Love, Soul, and womb of the Sacred Feminine – is told through her unique perspective. Her personal and spiritual growth is an archetypal metaphor for our modern culture where there is a re-emerging interest in the Divine Feminine. This theme touched a collective yearning, something archetypally familiar, for millions of readers, and the novel became a Visionary Fiction classic.

James Redfield’s “The Celestine Prophecy,” while not a great literary work, clearly filled a need that reached main stream readership, selling over 20 million copies. It is a metaphysical adventure tale, a modern day thriller where governmental and church authorities pursue the hero as he undertakes an expedition to Peru in search of an ancient manuscript purported to hold nine spiritual insights. These insights serve to illuminate spiritual understanding as well as engaging the reader in a good tale. Mystical encounters and spiritual awakenings provide the raw material for the alchemy of the characters and reader alike.

Dan Millman’s “The Way of the Peaceful Warrior” is a Visionary Fiction best seller based on a true story, which also became a major motion picture. The main character, a college student and Olympic Gold hopeful in gymnastics, meets up with an enigmatic spiritual mentor, a contemporary Merlin disguised as a car mechanic. This teacher’s brand of mysticism and magic guide the hero to shatter his pre-conceived beliefs about strength, might, and victory. The world of the supernatural and the uncharted powers of the mind become fertile ground for the hero’s metamorphosis. His story becomes the quest that offers the potential of spiritual breakthroughs for the reader via the transformations he achieves.

(concluded in Part 4 on Monday) 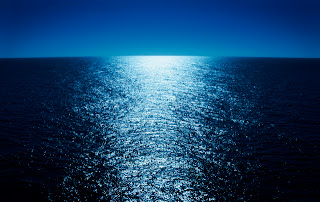 Posted by Jodine Turner at 4:00 AM