What Function does Story Serve? 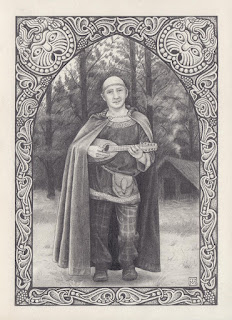 The Celts were master storytellers, reciting orally and from memory rather than the written word. They treasured their oral traditions as a source of entertainment, inspiration, and historical account.

In the ancestral Celtic cultures, the trained storyteller was called a Bard. Bards also functioned as a minstrel poet and verse-maker, music composer, and genealogist. Bards were one of the three skilled classes of the Druid Earth religion.

In this video, a native Irish author and modern-day Bard, Scealai Beag, talks about the importance of storytelling. (Enjoy his accent!)

In what ways do you think Visionary Fiction is a bardic art?

Author Toni Morrison spoke about the power of words, saying “that is how civilizations heal.” We had a stunning example of that in poetess Amanda Gorman’s Inauguration poem on Wednesday. 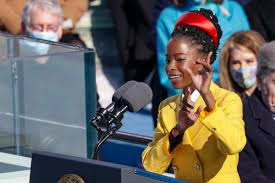 The youngest poet Laureate is 22 years old and delivered an impassioned, inspiring, embodied recital of her poem, “The Hill We Climb.” The text is below. The link to hear her performance is here.

If Amanda and her poem are an example of the character, intentions, and vision of what is emerging in this tumultuous time, then we are truly walking the prophesied transformative path.

The Hill We Climb

When day comes we ask ourselves,

where can we find light in this never-ending shade?

The loss we carry,

a sea we must wade

We've braved the belly of the beast

And the norms and notions

of what just is

And yet the dawn is ours

before we knew it

Somehow we do it

a nation that isn't broken

We the successors of a country and a time

Where a skinny Black girl

descended from slaves and raised by a single mother

can dream of becoming president

only to find herself reciting for one

And yes we are far from polished

but that doesn't mean we are

striving to form a union that is perfect

We are striving to forge a union with purpose

To compose a country committed to all cultures, colors, characters and

but what stands before us

We close the divide because we know, to put our future first,

we must first put our differences aside

We lay down our arms

so we can reach out our arms

We seek harm to none and harmony for all

Let the globe, if nothing else, say this is true:

That even as we grieved, we grew

That even as we hurt, we hoped

That even as we tired, we tried

That we'll forever be tied together, victorious

Not because we will never again know defeat

but because we will never again sow division

Scripture tells us to envision

that everyone shall sit under their own vine and fig tree

And no one shall make them afraid

If we're to live up to our own time

Then victory won't lie in the blade

But in all the bridges we've made

That is the promise to glade

The hill we climb

If only we dare

It's because being American is more than a pride we inherit,

it's the past we step into

and how we repair it

We've seen a force that would shatter our nation

Would destroy our country if it meant delaying democracy

And this effort very nearly succeeded

But while democracy can be periodically delayed

it can never be permanently defeated

in this faith we trust

For while we have our eyes on the future

history has its eyes on us

This is the era of just redemption

We feared at its inception

We did not feel prepared to be the heirs

of such a terrifying hour

but within it we found the power

to author a new chapter

To offer hope and laughter to ourselves

So while once we asked,

how could we possibly prevail over catastrophe?

How could catastrophe possibly prevail over us?

We will not march back to what was

but move to what shall be

A country that is bruised but whole,

We will not be turned around

or interrupted by intimidation

because we know our inaction and inertia

will be the inheritance of the next generation

Our blunders become their burdens

But one thing is certain:

then love becomes our legacy

and change our children's birthright

So let us leave behind a country

better than the one we were left with

Every breath from my bronze-pounded chest,

we will raise this wounded world into a wondrous one

We will rise from the gold-limbed hills of the west,

we will rise from the windswept northeast

where our forefathers first realized revolution

We will rise from the lake-rimmed cities of the midwestern states,

we will rise from the sunbaked south

We will rebuild, reconcile and recover

and every known nook of our nation and

every corner called our country,

our people diverse and beautiful will emerge,

When day comes we step out of the shade,

The new dawn blooms as we free it

For there is always light,

if only we're brave enough to see it

If only we're brave enough to be it

“We must be willing to let go of the life we have planned so as to accept the life that is waiting for us.” ~Joseph Campbell

The Grand Conjunction commenced on December 20th. We have stepped through the portal of the portended ‘Age of Aquarius.’ What is next? 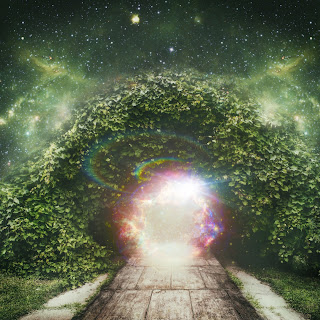 We are in what is called the liminal space. The liminal space is the transitional phase where the old world is falling apart and the new one is being created. It is a sacred place, ripe and potent, even terrifying because we face the unknown. Yet this space is full of possibilities. In this liminal space we simply do not yet know the details of our envisioned better world. This hallowed place of transforming ‘what is no longer acceptable’ into ‘what is next’ is where the real magic happens.

You may feel heightened intensity during this liminal period of change. You may find you vacillate between fear and conviction and all that is in-between. I still feel fear amidst my strong convictions. Our shadowy wounds in need of healing are being stirred up and emerge to be transmuted. Collectively and personally. This is normal, especially when undergoing such global massive change. Death to old paradigms allows the rebirthing of new ones. Any regeneration into something new is always preceded by turbulence, as old structures fall to make way for the new. That is precisely how rebirth and regeneration work.

In this liminal space, humankind has the opportunity to begin morphing into the embodied love we are to become.

I invite us all to acknowledge and embrace this liminal space and process of regeneration.

~ Open our hearts and intuition.

~ Access your creativity in whatever form it takes and let it flow.

~ Clarify and then assume your role and purpose in visioning and creating this new world. 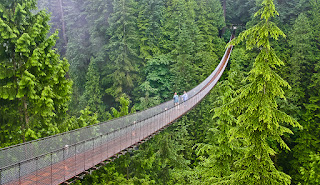 We are being called to be empowered, to be resilient, to be love embodied. This healing process is essential medicine for the Earth and humankind at this powerful time in our history.

So, embrace the initiation that is taking place in the liminal space. Remember the vital role we can play, and the torch we bear as we move forward into paving different pathways of being and living and loving.

We will collectively contribute to the creation of what a golden era looks like. Necessary work awaits us. And while it does indeed require work, we are powerfully upheld and supported by the energies of this new dawn.

In my novel Carry on the Flame: Destiny’s Call, Sharay exemplifies the process of transformation. Her jealous Aunt Phoebe commits her to a psychiatric ward and falsely accuses her of murdering her uncle. Phoebe uses black magic to steal Sharay’s fortune and magical power. Sharay struggles with the temptation to fight Phoebe’s dark powers with her own dark side. She must transform her fear of loss, her hatred for her aunt and thirst for revenge in order to uncover the mystery held deep within her cells that will allow her to fulfill her destiny–embodied love, the ultimate magic.

What do you need to face, to embrace, to heal and transform, in order to help bring to fruition the shift of consciousness available to us now in this new dawn?