My five novels are dedicated to, and are part of a collection called, ‘The Goddess of the Stars and the Sea’ series. This ancient Goddess carries the evolutionary force of embodied love. She calls upon a young priestess to assist humankind in their evolutionary transitions through several reincarnations, starting from Atlantis, through to the Dark Ages, and into today’s world.

The Goddess of the Stars and the Sea’s name has early roots, legends and historical correlates.

The word ‘sea’ has several language origins. Mar, mer, and mari all mean the sea. In Latin, the word mare means the sea. There are many modern words derived from this source word - mermaid, marina, marine, to name a few.

Mari is one of the most ancient names of the Goddess. It means Mother Sea.

Stella Maria means Star of the Sea. It is the epithet of the goddesses Isis, Ishtar, Aphrodite, Venus, Mari-Anna, and Mother Mary.

In legend, Stella Maria's star was Venus or Sirius (I have also seen it as listed as the Pleiades, and that is the star formation featured in my novels.)

Stella Maria is often depicted as dressing in a blue robe with pearly foam edging. (see picture below.)

Stella Maris is the title that first belonged to Ishtar. She was known as the Goddess of the Sea, Lady of Compassion, Provider, Protector, Regeneratrix, Keeper of the Mysteries, and the one who manifested as the Magdalene.

Mari-Ishtar anointed, or christened, her doomed consort god Tammuz when he went to the underworld whereupon he would rise again at her bidding. That is to say, she made him a Christed one. Anointing is symbolic of the alchemical Sacred Marriage.

The ancient title of the North Star was Stella Maris, Star of the sea, Star of love, Star of Compassion.

The Tarot card the ‘Star’ depicts stars that pour out the water of Life, revering the earth.

These early etymological beginnings, the derivations for the name the ‘Goddess of the Stars and the Sea,’ all contain the roots for the Mother sea of love and compassion. This is our way forward during these tumultuous times! 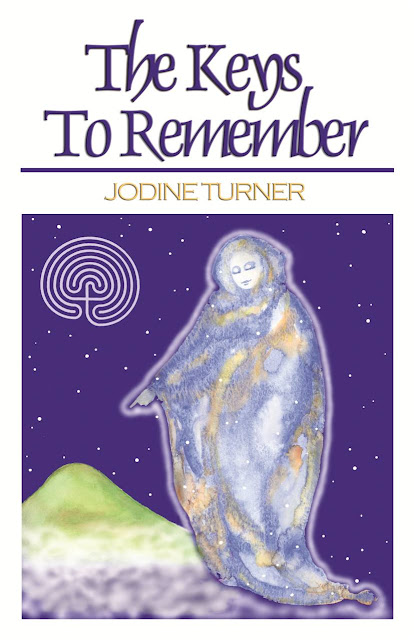 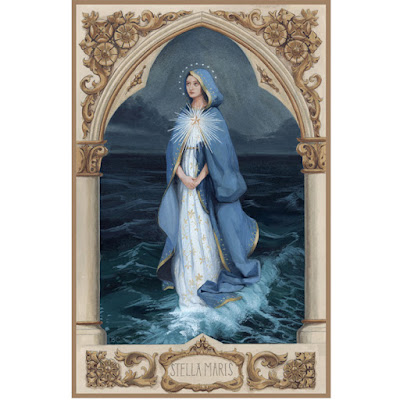